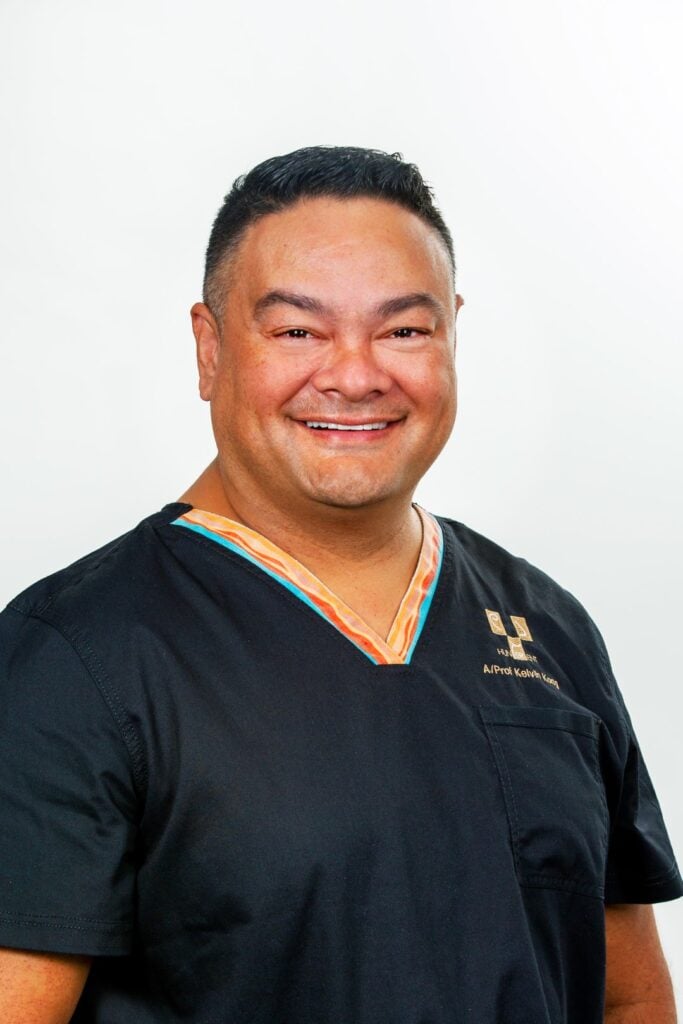 Experienced Surgeon with a demonstrated history of working across the health industry. Involved in clinical research, medical education, medicine, surgery, paediatrics, health policy and Indigenous education. Kelvin graduated from the University of NSW in 1999.

Completed internship at St. Vincent’s Hospital in Darlinghurst and streamed early into a surgical career, completing resident medical officer and registrar positions at various attachments. Along the way, his has been privileged in serving the urban, rural and remote communities.

Awarded his fellowship with the Royal Australasian College of Surgeons in 2007 and pursued further training in Paediatric ENT surgery, being grateful and honoured by his fellowship at The Royal Children’s Hospital, Melbourne in 2007-8.

He is now practising in Newcastle on Awabakal Country, as a Surgeon specializing in Paediatric & Adult Oto-Rhino-Laryngology, Head & Neck Surgery (Ear, Nose & Throat Surgery). He has joined an outstanding group of surgeons at Hunter ENT and together they provide a varied comprehensive practice. He has a very broad adult and paediatric practice, whilst having special interests in Paediatric Airway, Adult and Paediatric Cochlear Implantation, Voice and Swallow disorders and Head & Neck Cancer management.

He is an active member of RACS and ASOHNS, having served on multiple advisory boards and committee’s including the Indigenous Health and Fellowship Services Committee. He is currently serving as secretary of Australia and New Zealand Society Paediatric Otolaryngology (ANZSPO) and chair of Mina (Aboriginal and Torres Strait Islander Advisory Committee for RACS). He is also currently serving on Cancer Australia’s Advisory board.

He has been a board member for several organisations including Hearing Australia and of the National Centre of Indigenous Excellence (NCIE). He has published articles and presented on a variety of ear, nose and throat conditions as well as Indigenous health issues both nationally and internationally.  He is active in reviewing articles for publication, lecturing and teaching allied health professional, medical students at several universities and both unaccredited and advanced medical and surgical trainees.

Professor Kelvin hails from the Worimi people of Port Stephens, north of Newcastle, NSW, Australia. Being surrounded by health, he has always championed for the improvement of health and education. Complementing his practice as a surgeon, he is kept grounded by his family, who are the strength and inspiration to him, remaining involved in numerous projects and committees to help give back to the community.

Please email your referral to bookings@hunterent.com.au or fax 02 49655684  and our staff will contact you to arrange an appointment.